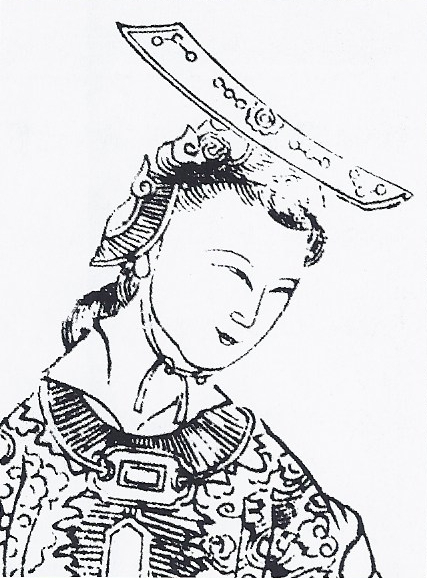 In others’ words: “Without Wu there would have been no long enduring Tang dynasty and perhaps no lasting unity of China”

Bio: Wu Zetian was the first and only officially recognized empress regnant of China in more than 3,000 years of Chinese history. Born into a wealthy family, Wu was encourage by her father to read books and pursue her education, rare for women at the time. At fourteen, she was taken as a concubine to Emperor Taizong of the Tang dynasty and was able to continue her education in the imperial capital. When Emperor Taizong died, Wu was sent to Ganye Temple to live the rest of her life as a Buddhist nun, as was the custom for concubines who had not produced any children for the emperor. It was then that Wu defied expectation once again, leaving the monastery to return to the capital with Emperor Taizong’s youngest son, Li Zhi (Emperor Gaozong), who had succeeded his father as ruler.

Upon return to the capital, rivalries between Lady Wang (the emperor’s wife), the emperor’s other concubines, and Wu intensified, coming to an apex when Wu’s infant daughter was found dead. Wu accused Lady Wang of murder and she was imprisoned before being killed; now it is widely believed that Wu was actually the one to murder the baby and just blamed Wang to get her out of her way. This turned out to be only the first instance that Wu would use her power to manipulate the situation to maintain her own power, potentially including multiple other instances of familicide.

After Gaozong’s death in 683, Wu ruled as the dowager empress. In 690, Wu took full control, having either disposed of or forced all her sons to abdicate the throne. From 704-705, Wu had bouts of serious illness, opening up the opportunity for one of her scorned sons to return and overthrow his mother. Wu died at the end of that year.

Wu made significant changes to help support the working class, such as lowering oppressive taxes, raising agricultural production, and strengthening public works. Wu also her court away from the seat of traditional male power, tried to establish a new dynasty, and began a campaign to elevate women’s position in society. She was also an accomplished musician, poet, and public speaker.

NOTE: It is important to note that we have no way to prove the accuracy of information about Wu due to reasons such as: the official nature and lack of diversity among sources that document early Chinese history; the fact that imperial history was written to contain lessons to future leaders and was thus weighted against usurpers (which many viewed Wu as), and personal and/or familial bias of those recording history. In addition to this, we should be aware of the continuing role that sexism and misogyny plays when assessing the effectiveness of a leader; male leaders in imperial China also went to extremes to procure the throne for themselves, but it is Wu who is viewed with suspicion because she was a woman.